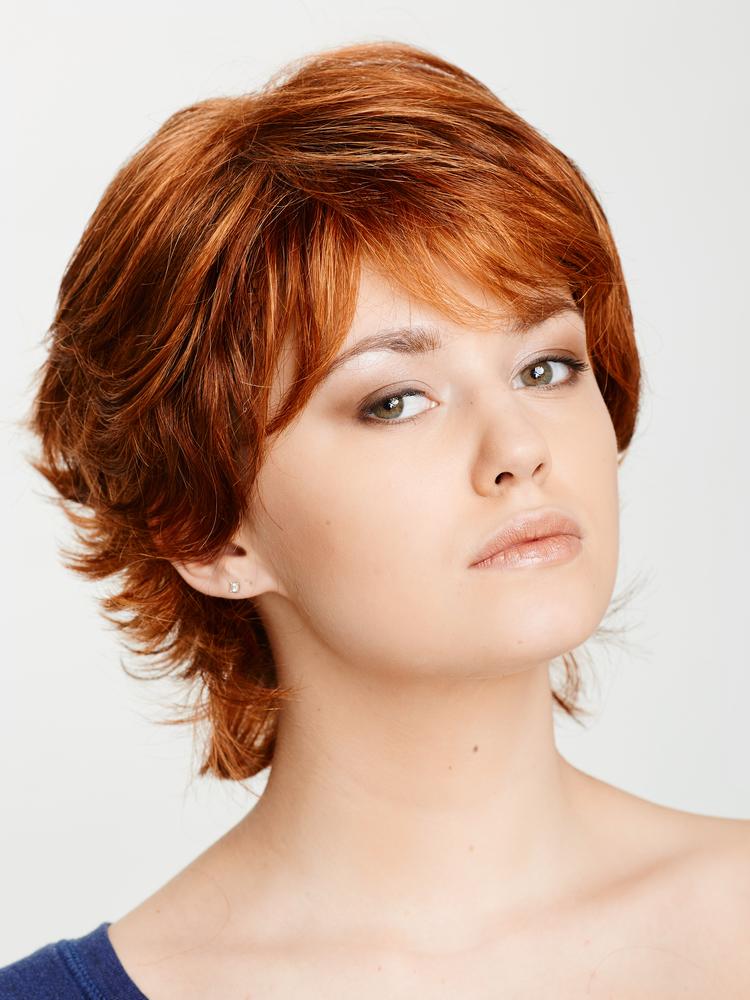 Most of us deal with things in our own way, some outwardly and some inwardly. Some of us get mad and emotional, some of us get cold and silent. And yet the results are often the same as we are human and always want to feel like there is a higher power up there that is not only listening, but loves us with all his heart. There are many things we do not understand in life, even us expert's like our staff at AJ's Wigs. As much as we deal with cancer every day, sometimes I find myself asking, Oh God, why?

As all of you know by now, the owner of Aj's Wigs has battled cancer for almost 13 years. For 6 years, Bob battled Colon and testicular cancer and when he went into remission the last time, it lasted 7 years only to come back last year .. I , as his life partner, have had many emotions and have handled it as best I could. I've been both emotional and cold about it. During his 7 years in remission,Angie our salon Manager and best friend of 26 years, after we practically dragged her to the ER, was diagnosed with Leukemia. We honestly thought our world was ending.

She fought and fought and fought and thanks to President Obama, she was one of the first in her age group to get total stem cell replacement. We sat by her bedside, took turns going to both Boston Mass General and Dartmouth Hitchcock in Lebanon NH all while they brought her immune system down to nothing. I would sit there and watch her(most of the time she never knew we were there) and I would remember times like when we first met at my Mothers salon Avalon, all the good times we had and that I was proud that Bob and I were Uncles to her Children. I would pray, cry, fall asleep and wake up to make sure she was still breathing Fast forward to today, even though she cannot work, we thank god she is still with us. Her spirit never faltered and our love for her remains stronger then ever.

Then our friend Janie, who lived with us for 6 years and had no family but us, was misdiagnosed until Bob and I forced her into getting a second opinion. Again, our heart's sank as we were told that she had adrenal gland cancer (primary was lung cancer). It spread so fast she was gone in 9 weeks. We had kept her home with us until it became apparent that she was beyond our care. I couldn't lift her any more and one night, she collapsed on the bathroom floor. We called the ambulance and in the ER, was told that the cancer had gone into her bones and brain and she was beyond hope of treatments. She was moved to hospice and she asked up to make her one promise. Her wish was to die at home with us, the dogs and her bird Norman. We fought and fought, but to no avail as they would not release her. We did the next best thing, we brought home to her. The dogs marched into Hospice to visit her, we brought as much of home in with us as we could. Bob and I took turns sleeping with her so when she did wake up, she would see us on the couch and not feel alone. We were with her til her last breath. She was a precious gift from God and lives on in our hearts, but after our experience with Angie, We said, Oh God, not again

Shortly after Janie Passed away, My dad passed away . My Dad... My friend. I handled this coldly and almost emotionless (unless I was alone with bob), so that I could be strong for My Mom and two sisters, (after all, I was now the man of the family) .My Dad had given me the gift of song and singing at his memorial service was a special gift I could give my family. I sang his favorite Songs we did on tour when we were kids, even a duet with my childhood crush Cindy Sweeney Tashian. I sometimes find myself needing my dad even though I'm a grown up 55 year old man, to hear his words of wisdom, his voice, even though I will never hear them again, would be incredible. I never questioned why or said..Oh God, Not again, as my dad was 84 and has lived with dementia for almost 10 years.

Things were quiet in the family for about 6 months, until one day in February, My brother in law (who was truly my brother in every way, even helping my parent's teach me how to drive) announced that he had Colin Cancer but the doctors held hope that it was treatable. My sister became super women and her love for her husband and best friend shinned as she took care of him and loved him. They had been high school sweethearts, raised 5 wonderful Christian girls, and throughout the years, their love for each other grew even stronger if that was at all possible. That summer, the treatments started to take a toll on him yet not once, did he ever let on or complain. He even took on more contract's through his work., but by fall, the trips to the hospital became more frequent, One Friday night in November, Steve started to have trouble and was very weak. He was diagnosed as dehydrated and was expected to leave the hospital that Monday. By Sunday, his doctors told my sister she better gather the family together. From 5 different states, we rushed to be by his side. Aunts, Uncles, Brothers, Daughters, grandchildren . I looked at the faces of my beautiful nieces and as they asked me why, why is god taking dad away,one of them even looked at me and said.. Uncle Jonny, this isn;t fair.I felt helpless because I, as an uncle, have always been overly protective, and I wanted to say that he was going to be ok, but for the first time in their life, I couldn't. It was also the first time in my life as a Christian that I was angry. My sister looked at my Mom and said to my Mom,(sounding like a little girl) Mommy, I don't know what do to. My Mom responded with a huge huge, holding her first born saying (No one does hunny) I clinched my fist in anger. Pure anger at God that he would even consider taking my brother at only age 57.

Monday night, Steve slipped into a coma and never woke up. I whispered into his ear as I kissed him on the forehead, Hey bro, its me, I love you so much ,and as plain as day, even though his lips never moved, I heard him say, take care of them all jonny. I whispered back, I will. I know my family might have thought I was going nut's as I was responding to someone in a coma, but it was then, I got peace that his faith and the faith of my family, would prevail. Today, Steve and Cindy have 17 grandchildren (6 of which Steve never got to meet) and my Sister lives one day at a time being such a rock. I think what has given my family strength, is that my Dad and Steve , who were not just father in law and son in law, were also best friends and as a Christian, I like to think they have gone before all of us, to build our home in heaven much like Christ did for all of humanity.

I know, that through all the family turmoil and loss, it has given Bob and I more and more strength and pride to own and run AJ's Wigs because we know what each and every client is going through. Not just our clients, but our clients families and loved one's. AJ's Wigs has become a rock for all who need her much like our family is to us. So when someone says, Oh god not again, or asks us why, we know more of what to say to them.

This past Sunday, Bob and I were down visiting Mom. She and My Sister live in , what we call, the compound as my parent's had built a large home off Cindy and Steve's already existing large home. Mom called us into Cindy's Kitchen and Mom, being the rock she is, said, “Look, there is no way of saying this so im just going to get to the point”. She went on to say, My breast cancer is back. I cannot tell you how far my heart sank and my soul was screaming...”Oh dear God, Not again”.My fists were clinched and my head was hot. My heart was beating 100 miles an hour. I started to look at my sister and just her eyes looking back at me, gave me strength and she calmly said, it's going to be OK as they think its contained.

Oh God Not again, is a common theme with us humans who have been through many things like this before. Just about anything in life from finances to a fight with a long term friends, or a child who keeps getting in trouble or a mom fighting breast Cancer again. But we as humans also have an inherent way of adjusting to things we cannot control. We cannot control so many things in life and have had to learn through these losses,trials and tribulations, and even victories, that Oh God, Not again, can't hurt us. As we get older, it is easier to handle these times as life is truly an emotional roller coaster and it is how we handle it, is what makes us invincible to what life throws at us.

Anyone who is reading this has their own stories, their own way of handling things, but the one thing I've learned in life is that it is important to control life as best you can. Make the best decisions you can, and be versatile in the way that you handle each situation that comes alone, because if you are the type who handles a problem with pure emotions all the time and your not adaptable to each situation, you will always find yourself depending on others. For instance, the way I handled my Dad's passing, I became cold and emotionless at first, and broke down in private as I felt like I had to be strong for my family. Being the strong one in a situation gives us the power to say to others, “Its OK”..

On the other hand, being adaptable in the other sense, if you always handle a situation with control, coldness and strength, you are always hiding your true emotions and won't be able to let those emotions out. Further more, some situations is life, it's good to depend on others for strength instead of being the strong one all the time. Let out the anger, let out the clinched fist's and cry a river of tears, its OK to be human. And it's OK to say....OH GOD, NOT AGAIN.
Previous Post
Next Post