Posted by Jonathan on 10/6/2017 to News
My name is Jon; I'm a stylist and also charge of social media at AJ's Wigs. Last year, I did a Blog on Lyme disease (http://ajswigs.com/Nutrition-for-Lyme-disease_b_28.html) and told my story never dreaming it would be shared over 7500 times and land on both Google and Bing on page 2 and 4. As my story continues, about 25,000 people last year were being diagnosed with Lyme disease each year, but this year, it has almost doubled (and these are the cases that meets the CDC's requirements for a positive test). Many people test negative through blood work but have 10 out of 12 clinical symptoms (see link above), or 5 out of 12 of the symptoms. If you have more then three clinical signs of Lyme disease, you need to be checked)
The problem with the CDC'S requirements are that you have to test 5 out of 5 in each block test. I tested negative but had 10 clinical symptoms, and when my blood work came back from both Denmark and NY, I had 70% infection and almost 50% fungus. Now, when you show 10 clinical symptoms of Lyme disease and your body is 70% infected...YOU HAVE LYME DISEASE!!!! There is a huge up and coming medical and scientific community that are pressuring the CDC to change it's test requirements, but until that happens and the CDC starts listening, Many people will continue to test negative.
On top of the actual Lyme disease itself, when a tick bites you, it passes the following:
1)Viruses
2)Fungus
3)Parasites
4) Bacteria
The problem here is that its not just one thing, its many things that are allowed to fester inside your body, spread and thus attack your immune system and if undetected, because of the lack of accurate testing, can continue to destroy your immune system.

The Function of the Immune System

The immune system is made up of a network of cells, tissues, and organs that work together to protect the body. One of the important cells involved are white blood cells, also called leukocytes, which come in two basic types that combine to seek out and destroy disease-causing organisms or substances. If the immune system is constantly being attacked, your body is left to fend for itself, not only that, to be destroyed.

My story is very typical. If you have read the original blog, (which I employ you to do you, will find "my story". However, sometimes the fix is not pleasant either. I'm on my first (out of 5) years worth of Antibiotics and Anti-fungals and let me tell you, its no picnic. The Lyme specialist has to also keep ahead of your body to make sure your body doesn't get used to the medication and every time the medications are switched, you get sick again. Yes, most of the symptoms are gone (the heart attack, the memory loss, the confusion, shaking, night sweats, trouble focusing, trouble balancing, Very very rapid weight gain, joint pain all over my body, flu like symptoms constantly, the terrible fatigue to the point where you can't function, dizziness, chest pains, stomach pains, and nausea). Now, Imagine all these symptoms all the time at the same time. Remember, I was lucky because they all showed up within a 6 month time, but with a lot of people, one or two symptoms could show up this year, one next year, three the following year and it could stay undetectable through blood work because of the CDC lack of updating their test's. I am on 13 pills a day 4 times a day to control this. But the following symptoms because of the medication's are as follows.
1) Trouble Balancing
2) Fatigue
3) I could fall asleep at any given time without any notice
4) Occasional Confusion
5) Occasional Blurred vision
and sometimes, ill be walking and walk into something(like a wall) 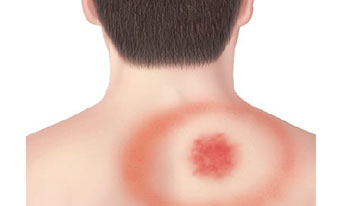 These plus more, are the result of the medications. This is a life altering disease. Diet is of the utmost importance. You have to cut out everything the can feed the infection and fungus. For the first 6 months, I had to cut out all :
1) carbs
2) sugars
3) grains
4) Yeast (flours)
Now imagine, that only leaves meats, some vegetables (no tomatoes or corn and corn products because things like that have natural sugar) and very few fruits. We even went to whole foods, natural food stores, but everything had some form of flour or sugar. Within 2 months, I felt so much better, but had lost over 60 lbs. When the Lyme specialist saw me, he said loosen up on the diet a bit because I can treat the disease, but not anorexia. I am now on a looser diet, and gained a bit of weight back.
I also want to note here, that 12 months out of the year, our two dogs are on the preventative, yet this spring, tested positive for Lyme. This is how strong the disease is getting. There are even reports that there are two new forms of Lyme disease, one being an instant killer.

Because Lyme disease attacks the immune system, your body is left very vulnerable to almost anything. It is my belief, that we are all born with cancer cells and I believe this through all the research I've done and things I've experienced. Most lay dormant. I guess the proper way of saying this is, that we are all born with cells that can potentially become cancer cells. These are called .. stem cells. Now, here is the problem, with a compromised immune system, these stem cells can grow quickly and you would never know it. Once the immune system is compromised, it has to work over time to reject infections. Lyme disease eats the immune system which becomes over burdened and becomes weaker and weaker where as a healthy immune system "identifies" harmful infections and destroys them and without this defense, infections, stem cells (Cancer) can develop and run a muck. Once a cancer cell divides, it can travel through the body and attaches itself with any organ. Cancer cell growth is a natural process,(remember, we are all born with predisposed cells) but the immune system destroys these cells before they have a chance to escape and travel, or divide and conquer.

Lyme disease not only tries to destroy the immune system but through the following, starts to depress the system
1) Endo-toxins: Heat stable - bacteria.. causes: Fever, chills, shock, leukopenia,
2) Bio-toxins: A poisonous toxin produced in the wall by a living organism
3) Nero-toxins: A poisonous substance that acts on the nervous system and disrupts the normal function
Ok, so, you have Bacteria, and two poisons with just one bite from an infected tick. Right away putting your entire body to go into shock. The changing of the cell gene will result in it becoming cancerous, here is the thing, infections such as viral can become dormant for years, even hide within the wall linings of organs and then all of a sudden, be released into the organ or blood stream.
{From Envita Medical Center}
In conclusion, the old phrase.. "once bitten, twice shy" takes on a whole new meaning when it comes to being bitten by a tick. They are Vampires in a way because even though they don't drain your blood, they drain your bodies ability to defend itself. Remember "my story" providing you went back to look at it and remember what hell I went through, the awful time by whole body went through, my memory, my heart attack, the confusion, sweats, fatigue (which I still fight through, etc. today) kidney damage and on and on and on. Those around me though I was losing my head and starting down the road of Alzheimer's, brain tumors
And I beg you, if you ever so much as see a tick on you, go get a blood test done and if you have more then three clinical symptoms (see below), then there is a good chance you have Lyme disease. The clinical signs are as follows:
And other symptoms unexplained such as in my case where my CK levels were out of control. 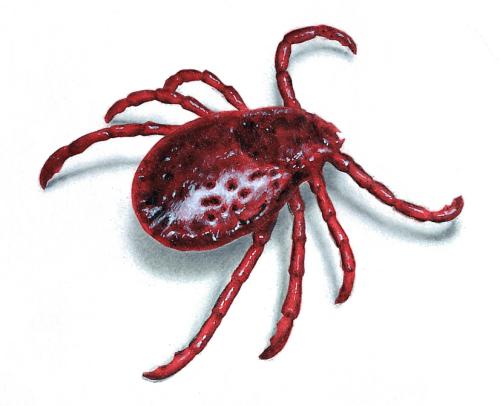