As we fall under the nursing board, we adjusted our in-store practices as follows...

How to navigate medical decisions when diagnosed with cancer

There are so many beliefs out there and everyone has a personal decision to make When first diagnosed with Cancer and believe me, after going thru it in my family many times, I find that everyone's reactions and decision processes are totally different.

My Brother Steve was an active wonderful father of 5 energetic girls and grandfather to 9 at the time(Now 20 grandchildren), intelligent and a man strong in his faith. Steve decided to do treatments but at first after a time it seemed the treatments were almost making...

Should you Get a Second Opinion when Diagnosed with Cancer?

Posted by Jonathan on 11/10/2017 to News
So many times, I’ve read stories about needless operations, treatments, and scary diagnoses only to find out that a radiologist read a report wrong or saw a shadow on an x-ray that actually turned out to be nothing. But the opposite can happen, such as...
Read More

Posted by Jonathan on 10/6/2017 to News
...The problem here is that its not just one thing, its many things that are allowed to fester inside your body, spread and thus attack your immune system and if undetected, because of the lack of accurate testing, can continue to destroy your immune system...
Read More 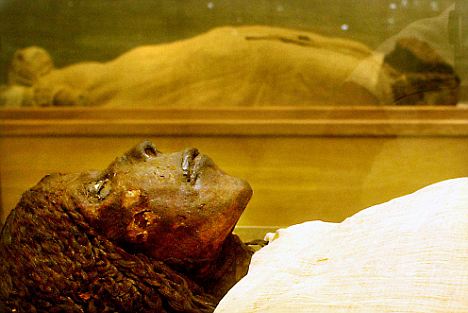 Most People have thought that Cancer showed up when we started to put hormones in dairy and “meat” cows, started to use pesticides, started to use vaccine programs in Schools, built homes with lead paint or asbestos, and even those who lived in places near power plants, bad water supplies and ..

What is a monofilament in a wig or toupee?

Posted by Robert Cook on 4/11/2017 to Informational
A monofilament top or mono-top wig will have a transparent or flesh colored woven material made from nylon, polyester or lace material on the top (full crown) of the wig. Each individual fiber or natural hair is hand knotted (the best) or v injected into this material. This allows for the most natural realistic looking scalp appearance and will allow you to change the parting for multiple styles. Monofilament wigs, unlike most wigs, are not made with cloth or wefts (Known as full cap or capless wigs) and are not as heavy or as hot to wear. Monofilament is found in top piece, closures, men's toupee's as well as full wigs.
Read More

This cap features monofilament in the top area and a 100% hand tied base, resulting in the most natural looking hair movement for the entire wig and the versatility of amazing off-the-face styling. In (Figure #2) are three examples of a monofilament top.

From left to right...

Posted by jonathan on 3/21/2017 to News
Can you live with one lung? The answer to this question is an astounding yes, however, conditions in the healthy lung have to be perfect for an average to good life expectancy. The effected lung is removed by a process called pneumonectomy. It is a very complicated procedure because they have to re-route your entire respiratory system similar to a heart by pass . There is no difference in functionality between the right and left lung. They both operate the same. During this very complicated operation (Pneumonectomy), there is so much to consider such as...
Read More

I want to start with a story of a beautiful women named Janie Proia who lived with us for almost 6 years. She came to our home and rented a room from us, after a series of broken promises from her ex husband. She had left him 15 years prior, and he never honored the conditions of the divorce court. He changed his name, moved every 6 months and avoided the law. She left him due to his drug use because she wanted to become clean and sober and he didn't. Because of her drug use 15 years prior, she was put on a list, you know, that list where hospitals and doctors use as a warning of drug abuser’s(even though she had been clean and sober for 15 years).She had no family to speak of, so we became her family...

A Breakthrough in Detecting Cancer

Posted by jonathan on 2/21/2017 to News
“Liquid biopsy” chip , developed by Worcester polytechnic institute detects metastatic cancer cells in a drop of blood. It was developed by mechanical engineers to develop, trap and identify cancer cells with even the smallest drop of blood. The breakthrough technology uses...
Read More
More results: 1 2 3 4 5