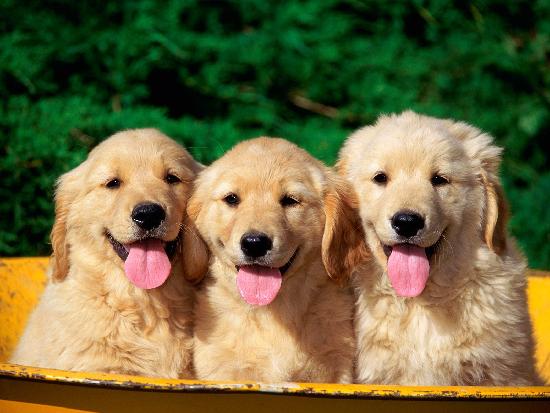 Throughout time, dogs have been used as a status symbol, protection,used in wars specifically in ancient Greece. They have been used by proper ladies to walk her home in the 1700 and 1800's, used as police officers, used as drug dogs,used to hunt,and even in WW1, dogs were trained and used to be messengers. Other uses for dogs over the years, are dogs for the disabled,transportation and hauling by the early settlers, and basically, Mans best friend and house hold family spoiled rotten pet. I could go on and on as to what dogs have been used for, but the one new up and coming trend these champions are being trained for, is to detect cancer in the human body.

It all started years ago when a dog named Lacey kept sniffing her owners right thigh. At first, she thought she had spilled food on her pants, but this continued for months. One day, she noticed that on the very spot her dog sniffed day after day, a mole appeared almost over night. She had her dermatologist check the mole out and it turned out to be skin cancer. After telling her dermatologist about the situation with her dog, the dermatologist hooked up with an oncologist who hooked up with a well known dog trainer. and the rest is history. But it get's more in depth then one simple story. Lacey's story was in the early part of 1990 and for years only a claim as the original team could not get proper funding to further research or train these dogs.Dogs have an unusual keen sense of smell. If they can smell and find a missing man, women or child by simply smelling an article of clothing, or they can sniff out drugs, then the idea of training dogs to sniff out and detect cancer isn't that far fetched.

Leading the team in the main study(in the 1990's) in the United Kingdom is a women named Carolyn Willis and her colleagues .All smells – from the pleasant aroma of freshly cut grass to the whiff of stinking bishop (a cheese made in the UK) – are due to molecules diffusing in the air, given off by whatever is causing the pong.

These so-called volatile molecules are detected by scent receptors in the noses of humans and animals, sending signals to the brain which then interprets the smell. Dogs have an astounding sense of smell, because their noses are packed with many times more scent receptors than humans have.

We know that some tumors produce unusual volatile molecules (such as lung and breast cancer and Melanoma) resoundingly being picked up by the dogs in the stories mentioned above.  But does this mean that we should have “cancer sniffer dogs” in every GP surgery?

Putting it to the test
A small number of studies have set out to directly investigate whether dogs can detect cancer under controlled conditions, and one of the key pieces of research is the paper by Carolyn and her colleagues in the UK.

Her team trained six dogs( for only 3-4 weeks) to tell the difference between urine samples from bladder cancer patients and samples from healthy people. When the dogs were presented with new samples – six from healthy people and one from a cancer patient – the scientists found they could pick out urine samples from people with cancer 41 per cent of the time (22 out of 54 tests).If they were correct only by chance or fluke, we would expect the dogs to pick the right sample only 14 per cent of the time (i.e. one in seven).

Michael McCulloch from the United States heard about this phenomenon and did his own study,(again, only training the dogs for only 3-4 weeks) but this time, it was breath samples from breast and lung cancer patients. He trained 5 ordinary dogs for just three weeks. He took 83 samples all together (a few from cancer patients and the rest healthy patients). He did a double blinded test meaning that he nor his team knew which samples were which, and over 50% of the time, the dogs would go to the same three samples. After testing these three samples, they were the samples from the cancer patients. Let me reiterate, this was with only a few weeks training of these dogs. But even with these incredible tests results, its hard to get funding for start up research.

Another reason for the difficulty in getting funds is, another study by Robert Gordon and his colleagues in California showed less impressive results. In a study involving six dogs, only two performed better at detecting urine samples from patients with breast cancer .And in a test of four dogs, only two could pick out urine samples from prostate cancer patients at a rate better than predicted by chance.

But with these beginning small studies, no one could get funding, private of otherwise,even though the results in general, showed promise, so much like so many things, this idea was dropped.

Fast forward to 2015,another organization (Charity medical detection dogs) made a world wide media announcement that they were launching the largest clinical study using “DOCTOR DOGS”. They took 9 plain ordinary dogs (no specific breed) and 3000 patients. They spent 6 months training these dogs (as opposed to the 3 weeks the previous studies spent training them).These 9 dogs nine dogs were used to test samples from 3,000 patients to check for prostate, bladder and kidney cancer. The results were much improved over the tests done almost 16 years earlier. The exact results have not been released by by Dr.Arney, but she released this statement:

The Institute released this statement from Dr.kat Amey to the media.....

{Dr Kat Arney, Cancer Research UK’s science information manager, said: “Any test for cancer must be shown to be reliable, specific and practical, and large-scale clinical trials are an essential part of this process. It will be interesting to see whether this new trial shows that dogs can identify prostate cancer better than current tests, but it’s unlikely that canine cancer screening would be practical in the clinic on a wider scale in the near future until we finish our testing. In the long term it would be useful to discover the identities of the molecules the dogs are sniffing, which could lead to more accurate lab tests to diagnose cancer.}

Now, notice she says “the near future”.And notice she said.. Large scale clinical test's What this means to me, is that if they have it fully funded ,(which they do) getting it approved by the FDA would depend on two things.

Even the tests we have today are not 100 percent accurate. Many men and women get false positives or false negatives, even with the intricate very expensive X-RAYS, MRI and PET SCANS not to mention blood work, so to expect dogs to be as accurate or more accurate is unrealistic. More importantly, it’s still not clear from the research that the dogs are picking up specific molecules originating from a tumor, or are just picking up molecules associated with more general illness. And there’s also the chance that. They may be confused by other scent molecules on the breath or in urine, such as garlic, asparagus, tobacco, alcohol or other pungent foods. That's why the training of our canine friends is of the utmost importance.

Lets take the very expensive PET SCAN. This is radio active imaging where they inject a dye so that the dye illuminates any tumors and tests the body's functions or when googled, the definition is: A positron emission tomography (PET) scan is an imaging test that helps reveal how your tissues and organs are functioning. However, this kind of imagine is extremely expensive and a lot of insurance companies don't cover it.There are problems with PET scans such as:

•PET scans can sometimes show up areas of high activity which may
be mistaken for cancers. Inflammatory conditions like rheumatoid
arthritis or tuberculosis absorb a lot of the tracer, and so can
cause confusing results.

•A PET scan is less accurate in certain situations such as:
1.Slow-growing, less active tumors may not absorb much tracer.
2.Small tumors (less than 7mm) may not be detectable.

3.High levels of blood sugar can cause the cells to absorb this
normal sugar rather than the radioactive, injected kind. Patients
are usually fasted for 4 hours before a PET scan, and blood sugar
levels measured to lower the chances of this happening.

•The radioactive substance has a very short decay and therefore
appointments must run on schedule.

•PET scans are a very expensive form of imaging, and are not
readily available. They often accompany other scans such as CT
and MRI in order to be diagnostically effective.

Results of a PET Scan:
After a PET scan, the doctor will receive an image of the patient displaying the different amounts of activity present in different parts of the body. An example of this is where areas of high activity in the brain are white, and low activity are blue. If there is a cancer somewhere in the body,this area will appear more active and so PET scans are often used to see if a cancer has spread to other parts of the body or to see how advanced a cancer is. A PET scan is not as accurate for very small cancers however, so very early scans may not show anything."

The MRI and the X-RAY are dependable but not without their problems either. The results of these tests are prominently depending on who reads them and their interpretation of said results, so to expect “Doctor dogs” to succeed the percentage of success of our current tests is unrealistic .

To train the dogs to be as accurate is realistic in the sense that as stated above, dogs have unusually high senses of smell that we humans will never understand, but is unrealistic in the sense that “Doctor Dog” research and testing is truly in its infancy because the team in 1990 couldn't get the funding and all these years have been wasted. Yet if it weren't for this original teams and the original devoted Lacey and her owner, would this awesome concept ever come to fruition?

Although “Doctor Dogs” wont be wearing lab coats anytime soon, we need to hold onto the fact that these fantastic beautiful animals have aided man in most things from building our country to cuddling on the couch and so far, the results of the research show's extreme promise for the future and the medical community.There are many more stories of dogs successfully detecting cancer in their owners, which is why the new studies took off in 2015. So, next time you see your four legged best friend, thank him .